Sunday of Fourth Week of Lent

Christ by His Passion Opened to Us the Gates of Heaven 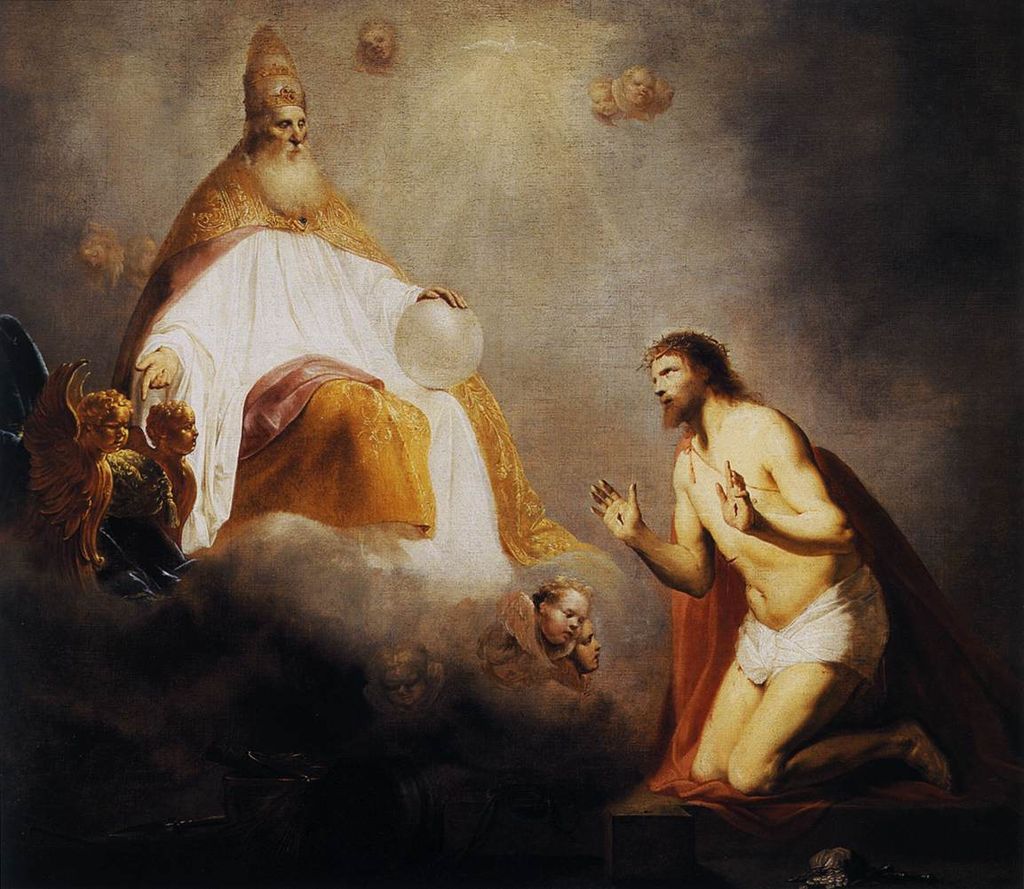 We have a confidence in the entering into the holies by the blood of Christ. –Hebrews 10:19.

The closing of a gate is an obstacle hindering men’s entrance. Now men are hindered from entrance to the heavenly kingdom by sin, for Isaiah says, It shall be called the holy way: the unclean shall not pass over it (Isaiah 35:8).

Now the sin that hinders man’s entrance into heaven is of two kinds. There is, first of all, the sin of our first parents. By this sin access to the kingdom of heaven was barred to man. We read in Genesis (3:24) that after the sin of our first parents God placed before the paradise of pleasure Cherubims and a flaming sword, turning every way, to keep the way of the tree of life. The other kind of hindrance arises from the sins special to each individual, the sins each man commits by his own particular action.

By the Passion of Christ we are freed not only from the sin common to all human nature, and this both as to the sin and as to its appointed penalty, since Christ pays the price on our behalf, but also we are delivered from our personal sins if we are numbered among those who are linked to the Passion by faith, by charity and by the sacraments of the Faith. Thus it is that through the Passion of Christ the gates of heaven are thrown open to us. And hence St. Paul says that Christ, being come an high priest of the good things to come, by his own blood entered once into the holies, having obtained a redemption that is eternal (Hebrews 9:11).

And this was foreshadowed in the Old Testament, where we read (Numbers 35:25, 28), the manslayer shall abide there, that is, in the city of refuge, until the death of the high priest, that is anointed with holy oil. And after he is dead, then shall the manslayer return to his own country.

The holy fathers who (before the coming of Christ) wrought works of justice earned their entrance into heaven through faith in the Passion of Christ, as is written, The saints by faith conquered kingdoms, wrought justice (Hebrews 11:33). By faith, too, it was that individuals were cleansed from the sins they had individually committed. But faith or goodness, no matter who the person was that possessed it, was not enough to be able to move the hindrance created by the guilty state of the whole human creation. This hindrance was only removed at the price of the blood of Christ. And therefore before the Passion of Christ no one could enter the heavenly kingdom, to obtain that eternal happiness that consists in the full enjoyment of God.

Christ by his Passion merited for us an entrance into heaven, and removed what stood in our way. By His Ascension, however, he, as it were, put mankind in possession of heaven. And therefore it is that He ascended opening the way before them. (Summa 3 49 5.)

Image: God Inviting Christ to Sit on the Throne at His Right Hand by Pieter de Grebber