Christ’s Passion Serves Us as an Example 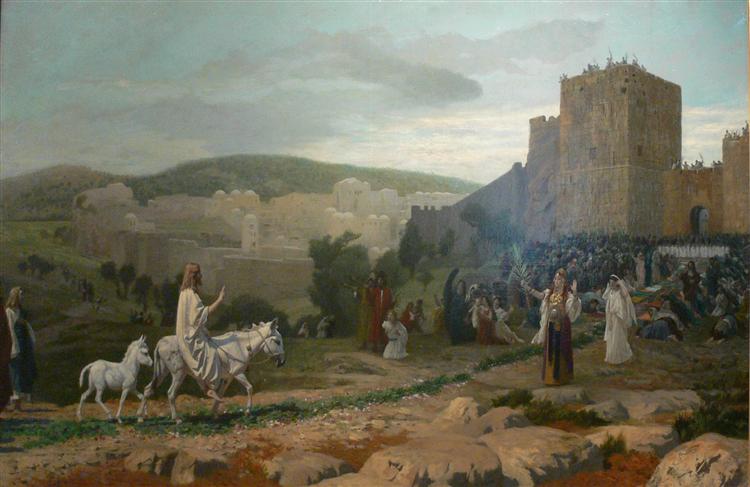 The Passion of Christ is by itself sufficient to form us in every virtue. For whoever wishes to live perfectly, need do no more than scorn what Christ scorned on the cross, and desire what He there desired. There is no virtue of which, from the cross, Christ does not give us an example.

If you seek an example of charity, Greater love than this no man hath, than that a man lay down His life for his friends (John 15: 13), and this Christ did on the cross. And since it was for us that He gave his life, it should not be burdensome to bear for Him whatever evils come our way. What shall I render to the Lord, for all the things that He hath rendered to me (Psalm 115: 12).

If you seek an example of patience, in the cross you find the best of all. Great patience shows itself in two ways. Either when a man suffers great evils patiently, or when he suffers what he could avoid and forbears to avoid. Now Christ on the cross suffered great evils. O all ye that pass by the way, attend and see, if there be any sorrow like to my sorrow (Lamentations 1:12). And He suffered them patiently, for, when he suffered he threatened not (1 Peter 2:23) but led as a sheep to the slaughter, he was dumb as a lamb before his shearer (Isaiah 53: 7).

Also it was in His power to avoid the suffering and He did not avoid it. Thinkest thou that I cannot ask my Father, and he will give me presently more than twelve legions of angels? (Matthew 26:53). The patience of Christ, then, on the cross was the greatest patience ever shown. Let us run by patience to the fight proposed to us: looking on Jesus, the author and finisher of faith, who having joy set before Him, endured the cross, despising the shame (Hebrew 12: 1, 2).

If you seek an example of humility, look at the crucified. For it is God who wills to be judged and to die at the will of Pontius Pilate. Thy cause hath been judged as that of the wicked (Job 36: 17). Truly as that of the wicked, for Let us condemn him to a most shameful death (Wisdom 2:20). The Lord willed to die for the slave, the life of the angels for man.

If you seek an example of obedience, follow Him who became obedient unto death (Philippians 2:8), for as by the disobedience of one man, many were made sinners; so also by the obedience of one, many shall be made just (Romans 5:19).

If you seek an example in the scorning of the things of this world, follow Him who is the King of Kings, and the Lord of Lords, in whom are all the treasures of wisdom. Lo! on the cross He hangs naked, fooled, spit upon, beaten, crowned with thorns, sated with gall and vinegar, and dead. My garments they parted among them; and upon my vesture they cast lots (Psalm 21:19).

Error to crave for honours, for He was exposed to blows and to mockery. Error to seek titles and decorations for platting a crown of thorns, they put it upon His head, and a reed in his right hand. And bowing the knee before him, they mocked him, saying Hail, king of the Jews (Matthew 27:29).

Error to cling to pleasures and comfort for they gave me gall for my food, and in my thirst they gave me vinegar to drink (Psalm 68:22).

Image: Entry of Christ into Jerusalem by Jean-Leon Gerome