The Passion of Christ is a Remedy Against Sin 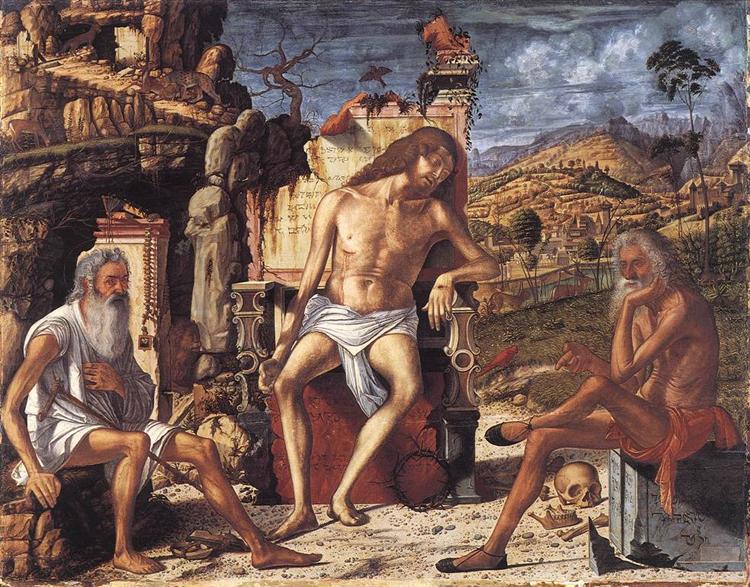 We find in the Passion of Christ a remedy against all the evils that we incur through sin. Now these evils are five in number.

(i) We ourselves become unclean. When a man commits any sin he soils his soul, for just as virtue is the beauty of the soul, so sin is a stain upon it. How happeneth it, O Israel, that thou art in thy enemies land? Thou art grown old in a strange country, thou art defiled with the dead (Baruch 3: 10-1 1).

The Passion of Christ takes away this stain. For Christ, by His Passion, made of His blood a bath wherein He might wash sinners. The soul is washed with the blood of Christ in Baptism, for it is from the blood of Christ that the sacrament draws its power of giving new life. When therefore one who is baptized soils himself again by sin, he insults Christ and sins more deeply than before.

(ii) We offend God. As the man who is fleshly-minded loves what is beautiful to the flesh, so God loves spiritual beauty, the beauty of the soul. When the soul’s beauty is defiled by sin God is offended, and holds the offender in hatred. But the Passion of Christ takes away this hatred, for it does what man himself could not possibly do, namely it makes full satisfaction to God for the sin. The love and obedience of Christ was greater than the sin and rebellion of Adam.

(iii) We ourselves are weakened. Man believes that, once he has committed the sin, he will be able to keep from sin for the future. Experience shows that what really happens is quite otherwise. The effect of the first sin is to weaken the sinner and make him still more inclined to sin. Sin dominates man more and more, and man left to himself, whatever his powers, places himself in such a state that he cannot rise from it. Like a man who has thrown himself into a well, there he must lie, unless he is drawn up by some divine power. After the sin of Adam, then, our human nature was weaker, it had lost its perfection and men were more prone to sinning.

But Christ, although He did not utterly make an end of this weakness, nevertheless greatly lessened it. Man is so strengthened by the Passion of Christ–and the effect of Adam’s sin is so weakened–that he is no longer dominated by it. Helped by the grace of God, given him in the sacraments, which derive their power from the Passion of Christ, man is now able to make an effort and so rise up from his sins. Before the Passion of Christ there were few who lived without mortal sin, but since the Passion many have lived and do live without it.

But by His Passion Christ took away from us this penalty, for He endured it Himself. Who his own self bore our sins, that is the punishment due to us for our sins, in his body upon the tree (1 Peter 2:24).

So great was the power and value of the Passion of Christ that it was sufficient to expiate all the sins of all the world, reckoned by millions though they be. This is the reason why baptism frees the baptized from all their sins, and why the priest can forgive sin. This is why the man who more and more fashions his life in conformity with the Passion of Christ, and makes himself like to Christ in His Passion, attains an ever fuller pardon and ever greater graces.

(v) Banishment from the kingdom. Subjects who offend the king are sent into exile. So, too, man was expelled from Paradise. Adam, having sinned, was straightway thrown out and the gates barred against him.

But, by His Passion, Christ opened those gates, and called back the exiles from banishment. As the side of Christ opened to the soldier’s lance, the gates of heaven opened to man, and as Christ’s blood flowed, the stain was washed out, God was appeased, our weakness taken away, amends made for our sins, and the exiles were recalled. Thus it was that Our Lord said immediately to the repentant thief, This day thou shalt be with me in Paradise (Luke 23:43). Such a thing was never before said to any man, not to Adam nor to Abraham, nor even to David. But This day, the day on which the gate is opened, the thief does but ask and he finds. Having confidence in the entering into the holies by the blood of Christ (Hebrews 10:19).

Image: The Meditation on the Passion by Vittore Carpaccio