Saturday of Second Week of Lent

The Passion of Christ Wrought Our Salvation by Redeeming Us 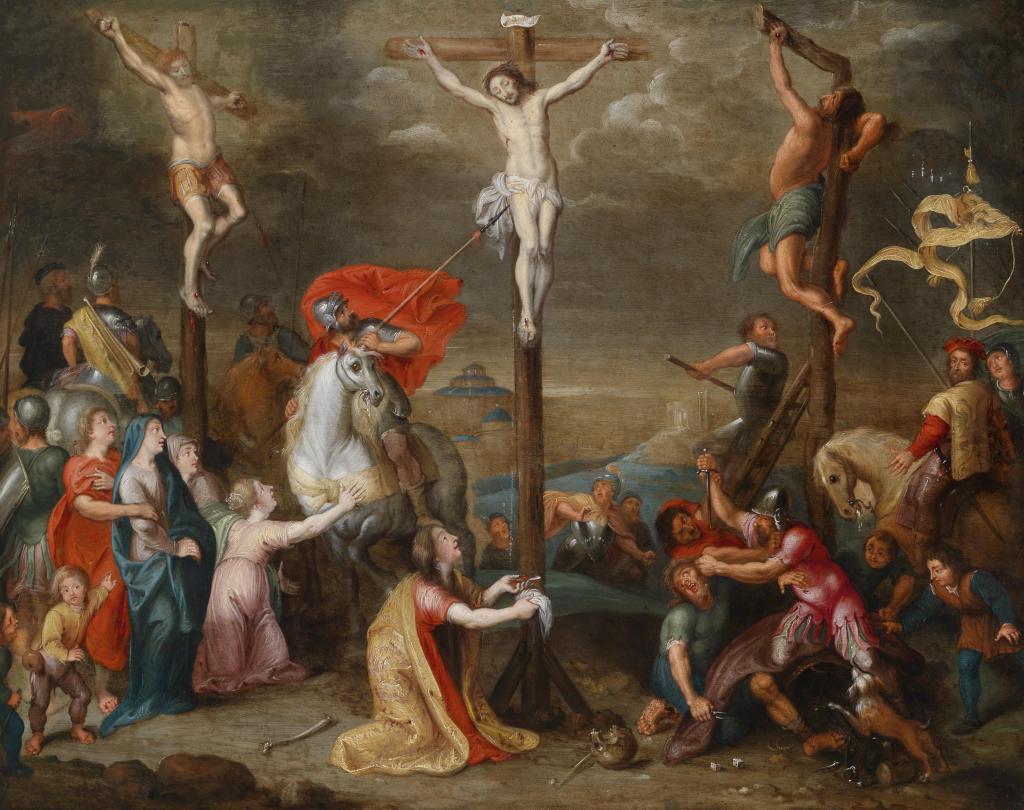 St. Peter says, You were not redeemed with corruptible things as gold or silver, from your vain conversation of the tradition of your fathers: but with the precious blood of Christ, as of a lamb unspotted and undefiled. (1 Peter 1:18).

St. Paul says, Christ hath redeemed us from the curse of the law, being made a curse for us (Galatians 3:13). He is said to be accursed in our place inasmuch as it was for us that he suffered on the cross. Therefore by his Passion he redeemed us.

Sin, in fact, had bound man with a double obligation.

(i) An obligation that made him sin’s slave. For Jesus said, whosoever committeth sin is the servant of sin (John 8:34). A man is enslaved to whoever overcomes him. Therefore since the devil, in inducing man to sin, had overcome man, man was bound in servitude to the devil.

(ii) A further obligation existed, namely between man and the penalty due for the sin committed, and man was bound in this way in accord with the justice of God. This too was a kind of servitude, for to servitude or slavery it belongs that a man must suffer otherwise than he chooses, since the free man is the man who uses himself as he wills.

Since then the Passion of Christ made sufficient, and more than sufficient, satisfaction for the sins of all mankind and for the penalty due to them, the Passion was a kind of price through which we were free from both these obligations. For the satisfaction itself–that by means of which one makes satisfaction, whether for oneself or for another–is spoken of as a kind of price by which one redeems or buys back oneself or another from sin and from merited penalties. So in Holy Scripture it is said, Redeem thou thy sins with alms (Daniel 4:24).

Christ made satisfaction not indeed by a gift of money or anything of that sort, but by a gift that was the greatest of all, by giving for us Himself. And thus it is that the Passion of Christ is called our redemption.

By sinning man bound himself not to God but to the devil. As far as concerns the guilt of what he did, he had offended God and had made himself subject to the devil, assenting to his will.

Hence he did not, by reason of the sin committed, bind himself to God, but rather, deserting God s service, he had fallen under the yoke of the devil. And God, with justice if we remember the offence committed against Him, had not prevented this.

But, if we consider the matter of the punishment earned, it was chiefly and in the first place to God that man was bound, as to the supreme judge. Man was, in respect of punishment, bound to the devil only in a lesser sense, as to the torturer, as it says in the gospel, Lest the adversary deliver thee to the judge, and the judge deliver thee to the officer (Matt. v. 25), that is, to the cruel minister of punishments.

Therefore, although the devil unjustly, as far as was in his power, held man–whom by his lies he had deceived–bound in slavery, held him bound both on account of the guilt and of the punishment due for it, it was nevertheless just that man should suffer in this way. The slavery which he suffered on account of the thing done God did not prevent, and the slavery he suffered as punishment God decreed.

Therefore it was in regard to God’s claims that justice called for man to be redeemed, and not in regard to the devil’s hold on us. And it was to God the price was paid and not to the devil.  (Summa 3 48 4.)